Like Louise Glück’s The House on the Marshland and Medbh McGuckian’s earlier work, these poems choose to ‘hunker down near the rim of the world’ for their images, where they lucidly criss-cross boundaries between the speaker’s emotions and the landscape without succumbing to pathetic fallacy or becoming tritely confessional . . .

. . . her rich poems and her sharp eye for details of the natural world — are given a resonant tension by the stretched ties to her native country. Sara Berkeley was born in Dublin in 1967 and educated at Trinity College, Dublin, and the University of California, Berkeley.

She lives in the San Francisco Bay Area. 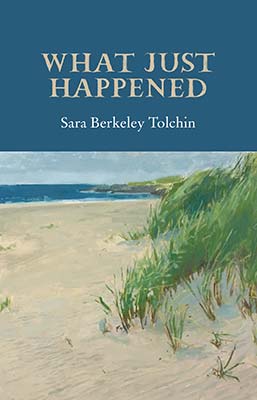 What Just Happened includes poems set on the west coasts of Ireland and the United States. But ‘the rumble beneath her poetic language . . . is most often the noise made by the tectonic plates of personality as they shift beneath the surface terrain of relationships’ (Wes Davis).